Ally Member
October 18, 2020 3:07AM edited November 7, 2020 11:17AM in Discussions
I was making some changes to the configuration of my XGS3700 switch stack and experienced occasional slow loading of pages in the web user interface.  Sometimes taking as long as 2-3 seconds for a page to load.

I decided to run a continuous ping from a PC connected to the XGS3700 stack and saw intermittent slow response times. See below: 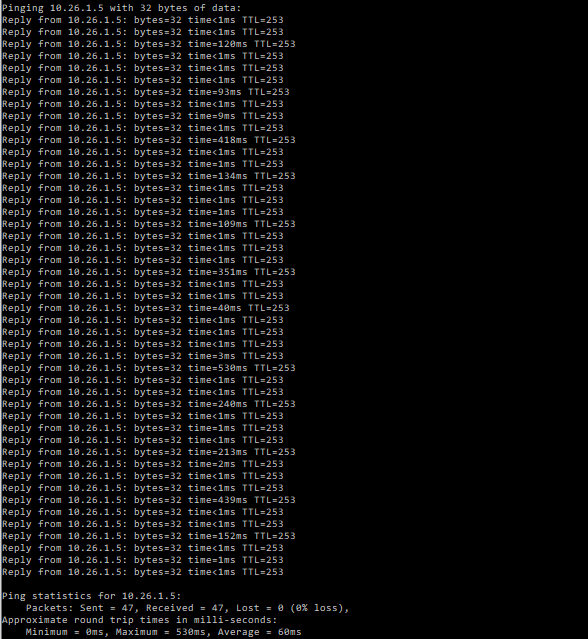 I logged into the switch thru SSH and displayed the CPU utilization using "show cpu-utilization".  The utilization was much higher than I would have expected.  There was very little network traffic at the time. All of the downstream switches (GS2210, GS1900, GS1350, GS1910) were showing CPU utilization of less than 10% (most at 1-2%). See XGS3700 CPU utilization output below: 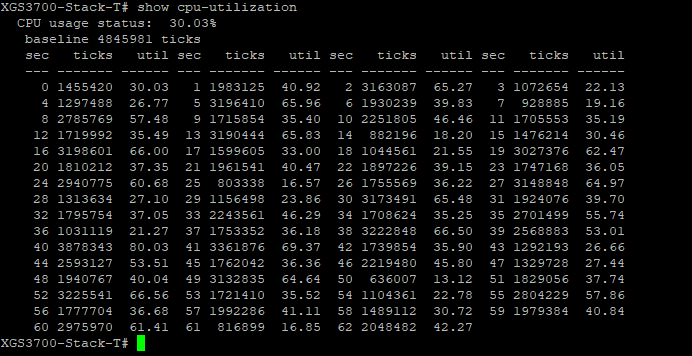 I may be wasting my time looking into this as I do not see any issues with network traffic flowing thru the XGS3700 stack. However, I get concerned when I see instances of CPU utilization of over 80% and when there is slowness in the XGS3700 web UI and the ping latency. I am curious about the following: