***This review was written by community member @iopia ***

Our community member @iopia wrote this review in Russian, following is the translation from google. original post

The GS1350-6HP is in the line of switches for video surveillance. It is delivered, like most devices for the business segment, in a simple cardboard box with a minimum of information. 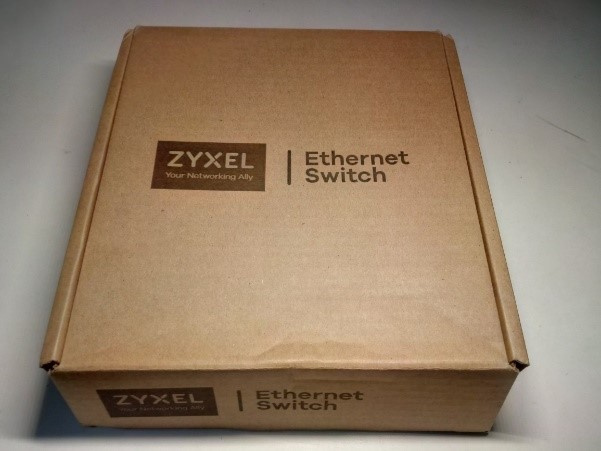 Inside is the switch itself, a power supply, a power cable, legs and wall mounts, quick start instructions and a warranty card. 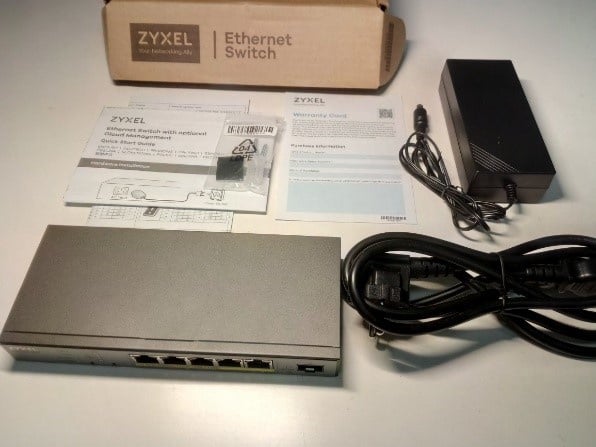 The power supply produces the limit value of 55V 1.3A. If you use the switch to the maximum (55 * 1.3 = 71W of which 60W goes to POE, the rest to power the switch). There is information that this switch will acquire a more powerful PSU, which will increase the budget of the POE, but since it does not have a standard connector (different from other PSUs), this could not be verified. 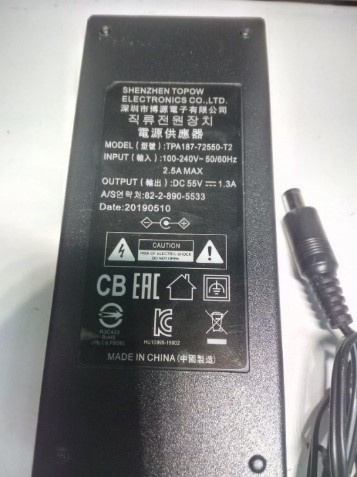 The switch itself is quite compact, but has all the comprehensive tools for working with it. On the front panel there is a non-standard set of 5GE + 1SFP ports, indicators of device operation and POE, as well as two recessed reset and restore buttons. 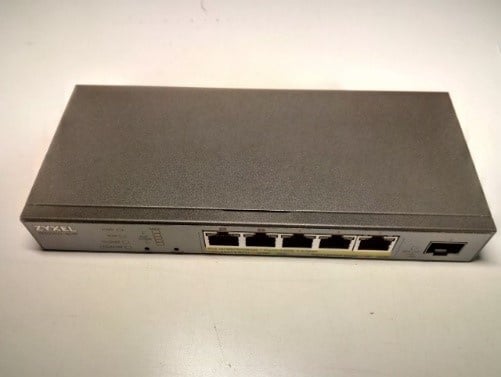 There is a lock hole on the rear panel, an earth bolt, a power connector, and a 4-pin console cable connector. The only thing missing is the power switch. 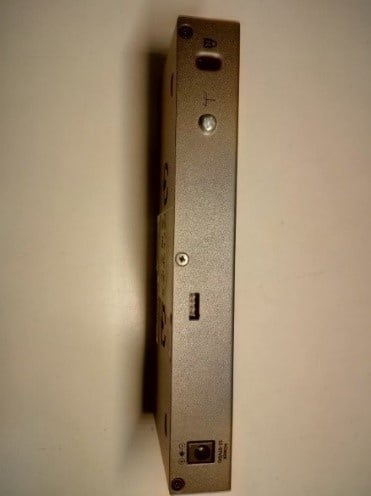 On the bottom cover are places for installing legs, grooves for wall mounting, a sticker with a model and a QR code to quickly add to Nebula (which will be available from mid-2020). 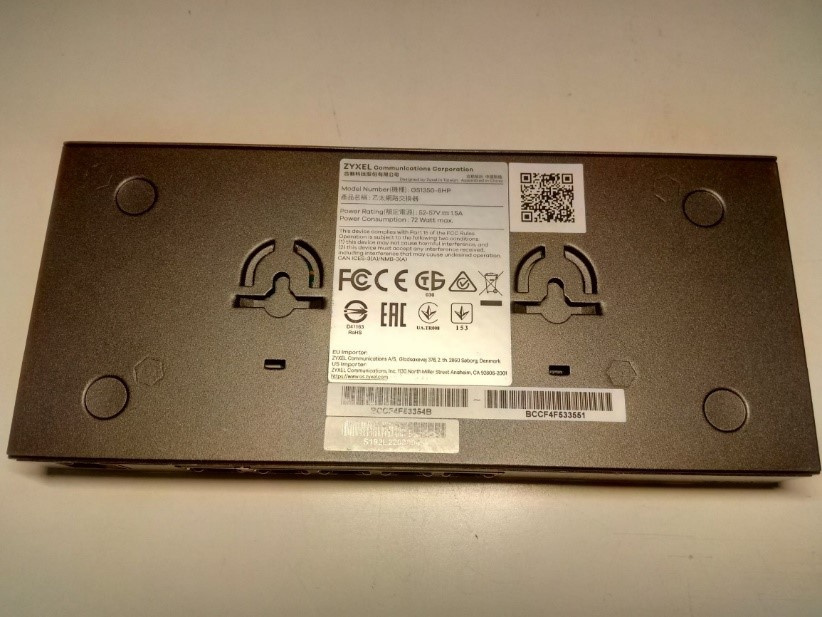 Take a look under the hood. There are practically no unsoldered elements on the board, high-quality soldering. Since this Fanless-switch on the processor and another chip are massive aluminum heatsinks. In operation at room temperature it was not possible to achieve more than 50 degrees. 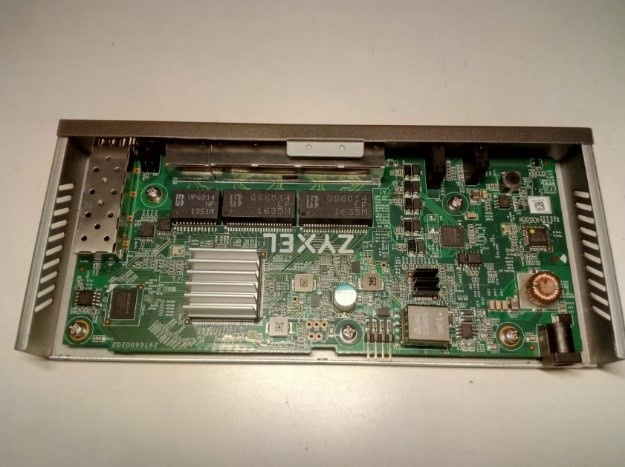 And under the processor and SFP slot, an additional thermal interface with a housing. 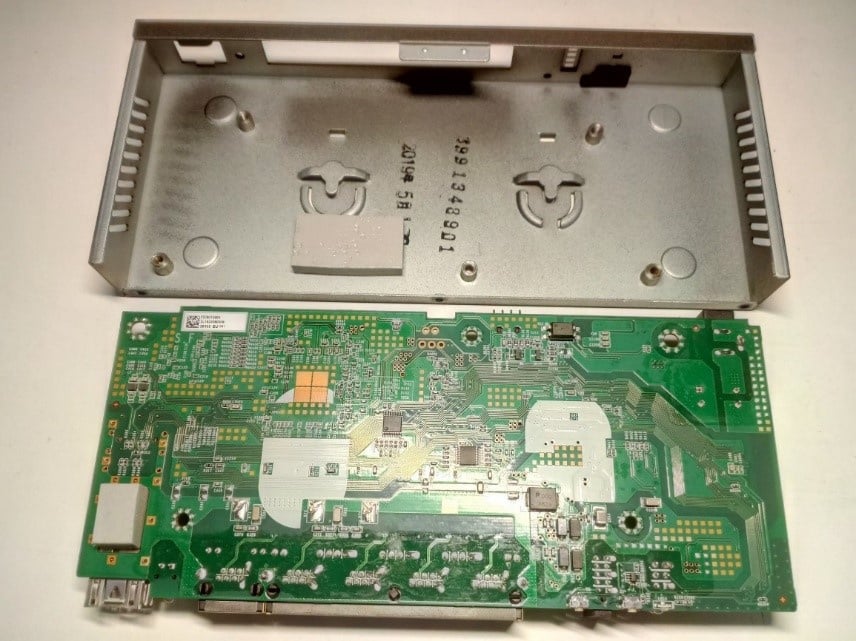 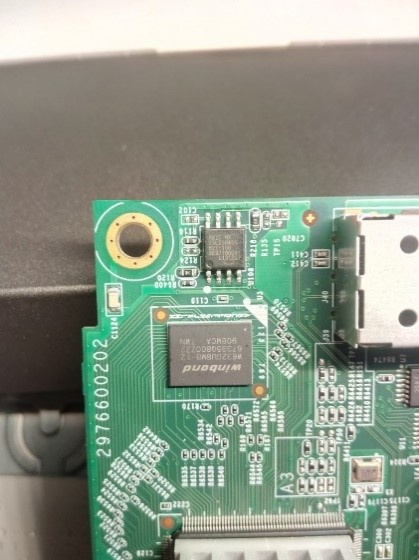 Although the components are good enough, and the firmware is not that big, the switch loading takes one and a half minutes. The download is relatively long, but thanks to the Contunuous PoE function, when the firmware is updated, the config is loaded or the switch is restarted, the power to the connected devices continues to be supplied. The controller BCM59121B0KMLG is responsible for the standard 802.11BT on 1-2 ports. 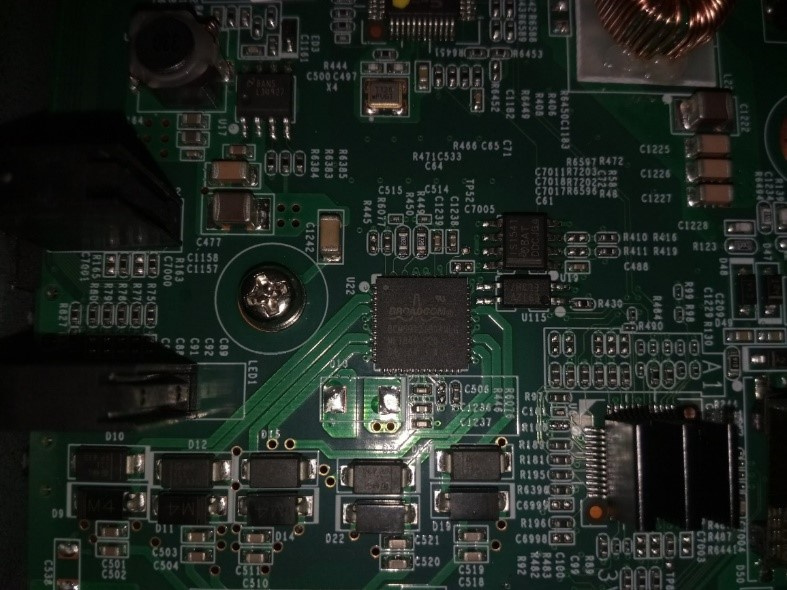 After filling everything, let's move on to the software component. You can find the switch using the ZON utility, or go to the address 192.168.1.1

When you turn it on for the first time, the Setup Wizard opens, in which it is possible to configure basic functions: IP addresses, passwords, enable loop detection on ports, and ... you can stop here, since the rest of the functions were copied from managed L2 switches (such as QoS, aggregation , Vlan'y) and are not critical in the initial setup of the switch, designed for video surveillance. 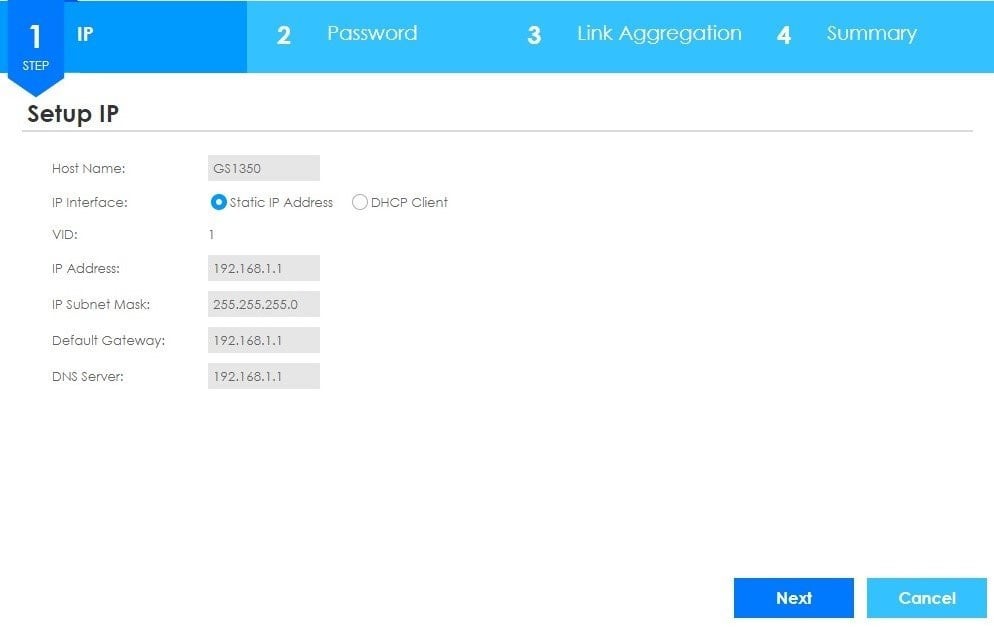 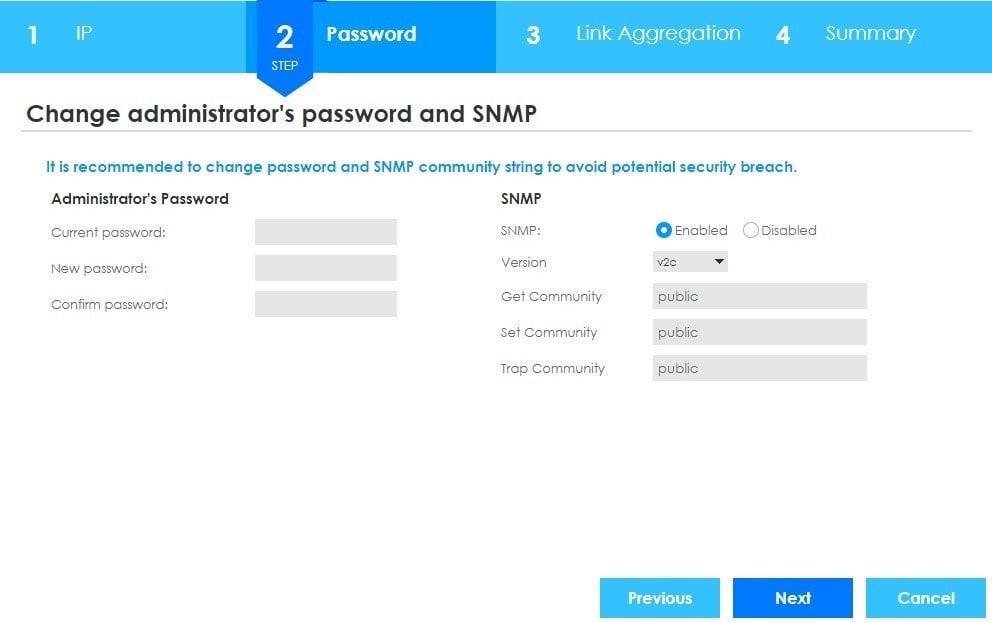 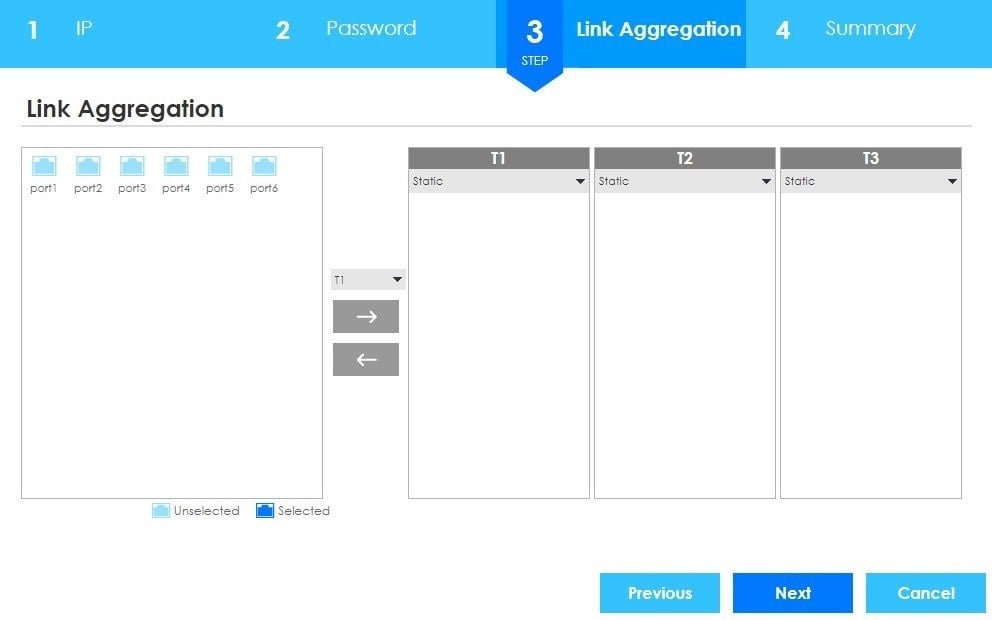 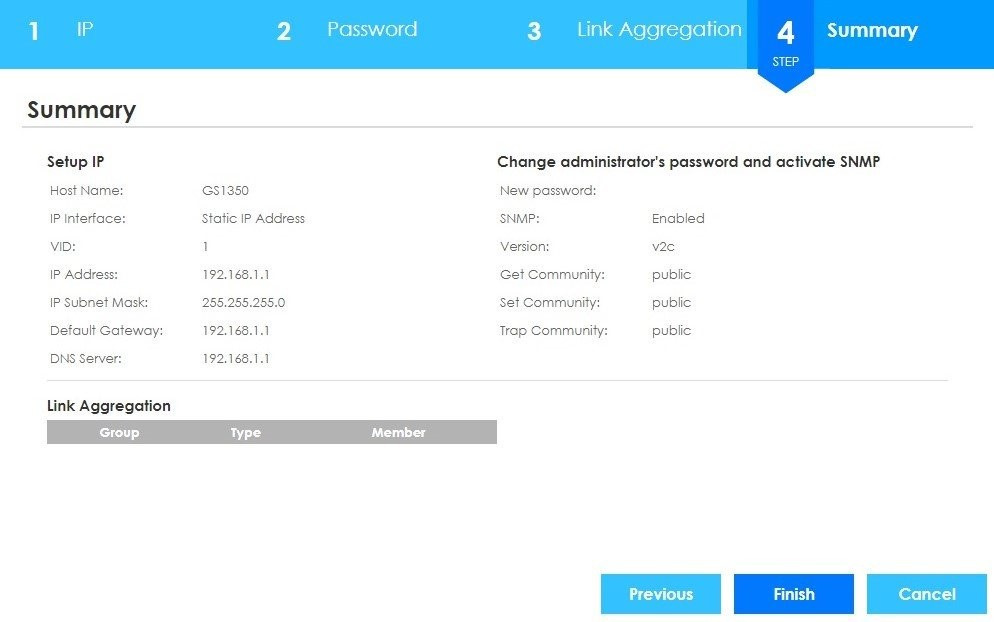 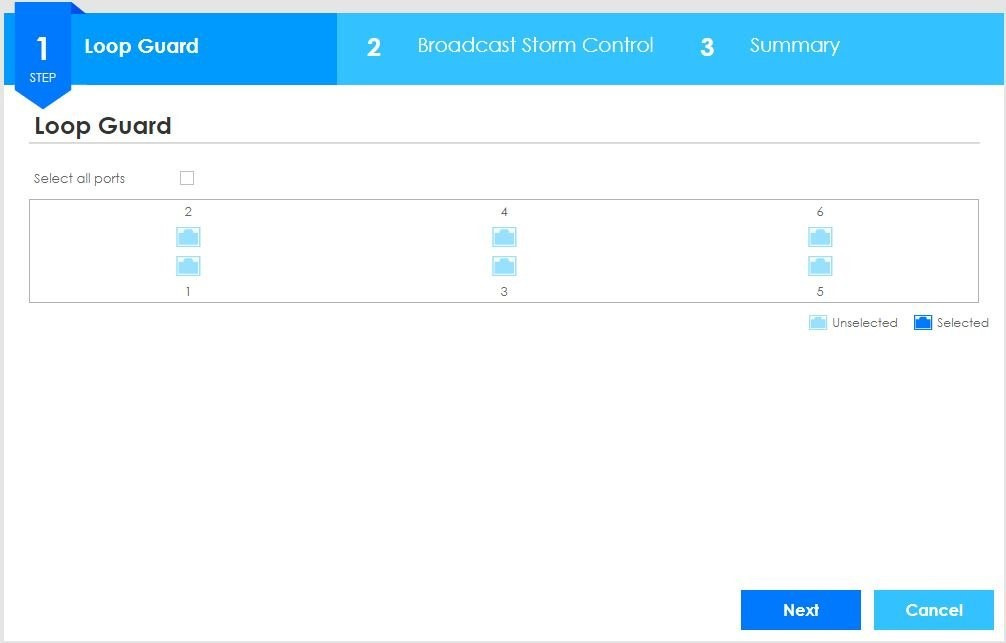 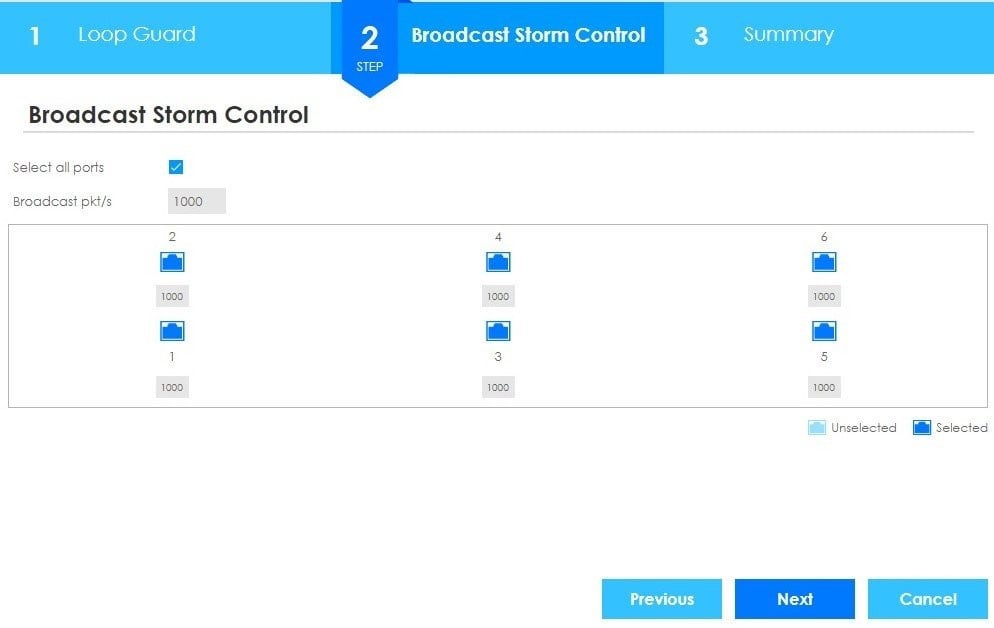 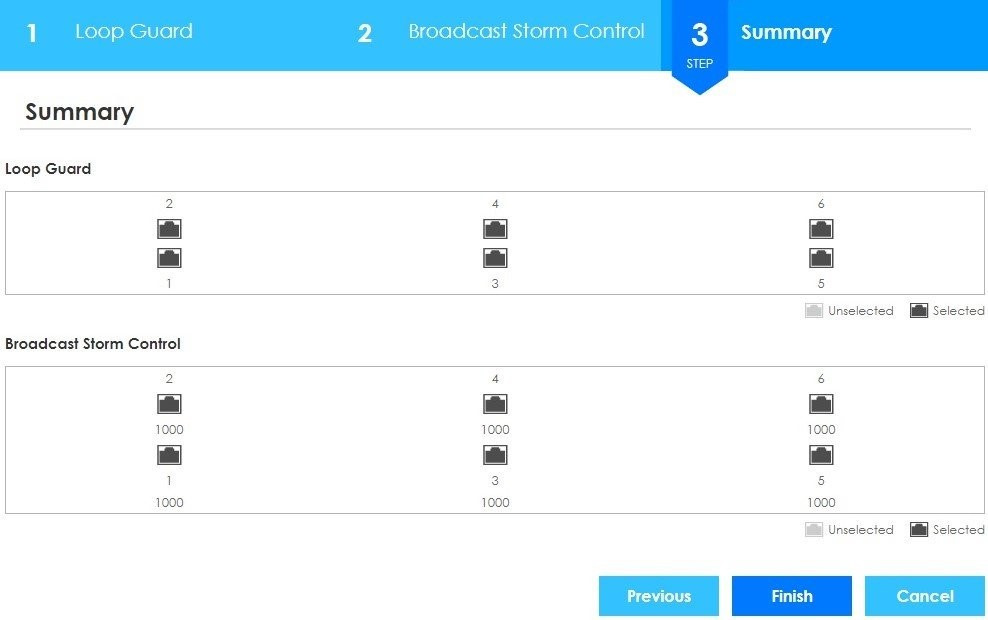 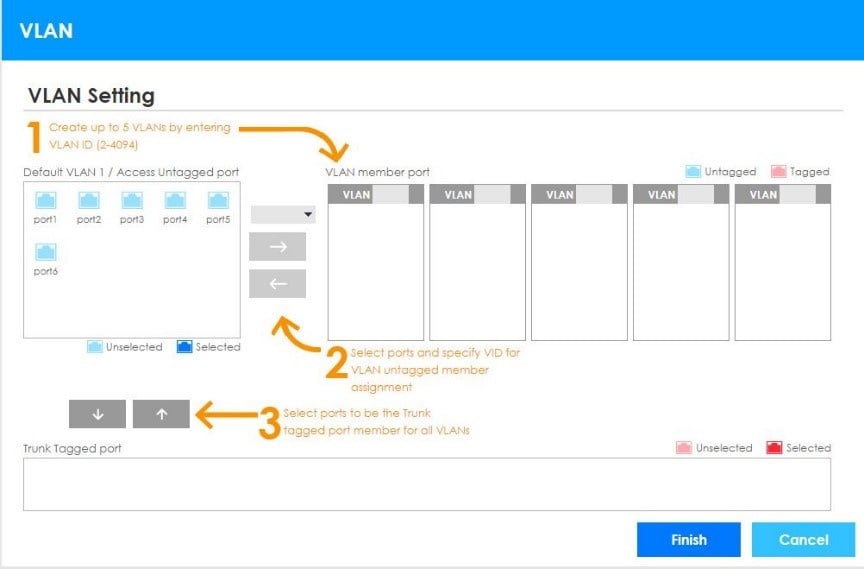 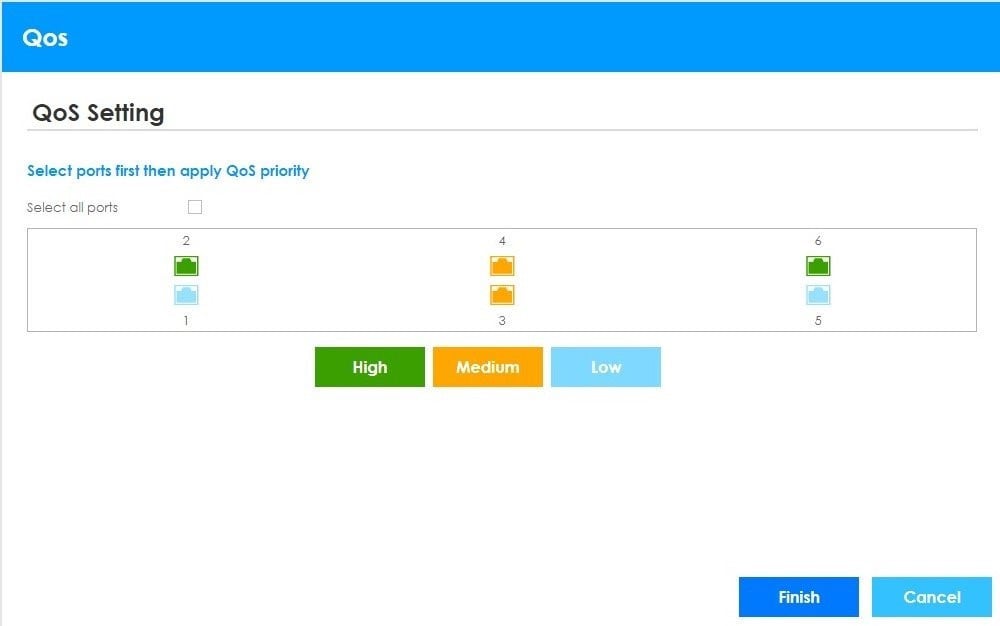 After the Wizard, we enter web interface, and more precisely to the status page, where the basic information about the device is indicated and quick links to some points at the bottom.

The main part of the settings associated with the cameras will be located in three points:

Port Setup, where the work with Extended Range is enabled (and why is it an SFP port?), It is possible to completely disable the port (both data and POE) and manually select the port speed.

Zyxel has no restrictions on the SFP modules used. All tested modules (155Mbit, 1.25Gbps) were quietly detected and DDMI information was read.

True, there is a nuance - if uplink is exactly SFP with a copper port, it will not work to get it at 100mbits.

PoE Setup with the choice of the power supply mode and the activation of the Continuous POE function, which allows you to perform operations with the switch without turning off the power of the devices.

And Auto PD recovery. There are two choices of the so-called Watchdog for connected devices. By ping (with incorrect operation, it allo ws you to reboot a hung camera by turning off the power on the port) and using the LLDP protocol, which is more attractive, since the device can respond to ping, but may actually not work. But unfortunately, not all manufacturers have the implementation of this protocol.

The transmission technology for 250 meters was also found on third-party switches, where there were problems such as:

Zyxel managed to get rid of these problems and during testing it was not revealed unstable operation at short distances and the speed was equal to the declared 10 Mbps.

The Consumption mode of the switch supplies the camera as many POE budgets as it actually consumes. But here it’s worth double-checking the specifications of the cameras, since during the daytime the consumption will be several times lower and turning on the backlight can go beyond the POE budget, which will cause trouble redesigning the network, since a budget of 60 watts for 5 ports is enough only for cameras with no motorized lens and not powerful backlight.

If you use the Classification mode, the camera will be given as much as it requested. But here are drawbacks. If the POE budget is exceeded, other devices connected to the switch will not behave correctly, since the switch does not turn off the power on the remaining ports and the devices will try to start every couple of seconds.

And in the logs we will see repeated errors:

From the interesting interface, I’ll also mention the diagnostics page, which includes not only the Ping and Trace Route utilities, but also those that came here from the older Ethernet switches Port Test and Cable Diagnostics. 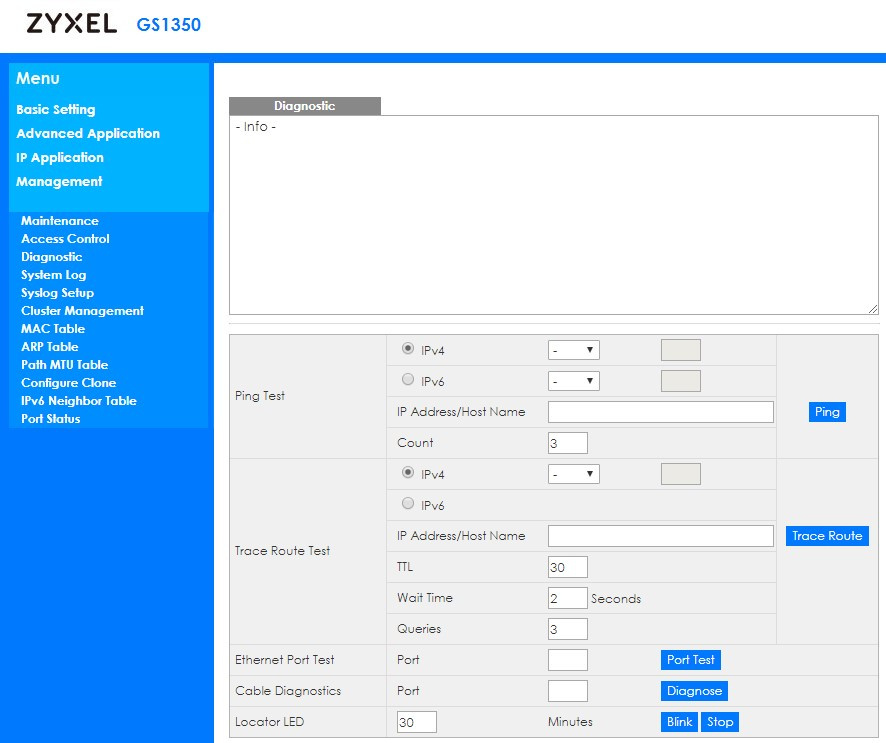 Since this diagnosis is designed for lengths of up to 100 meters, it is not able to test everything that is higher. Perhaps Zyxel will fix this in future firmware versions. Yes, and the designation of pairs would be associated with contacts.

The main points of the interface are described, let's move on to the tests.

You can discuss for a long time which cable lived thicker and the shell is softer, but when I buy such a switch, I think there is an understanding that it is not worth saving on the cable, it will cost more. 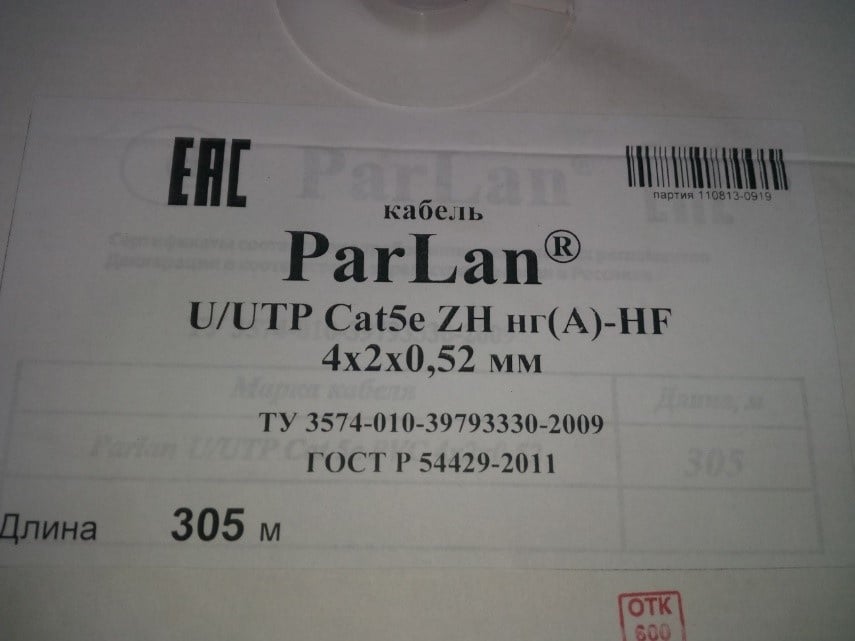 True, the length was a little less, only 258 meters) But in the bay! 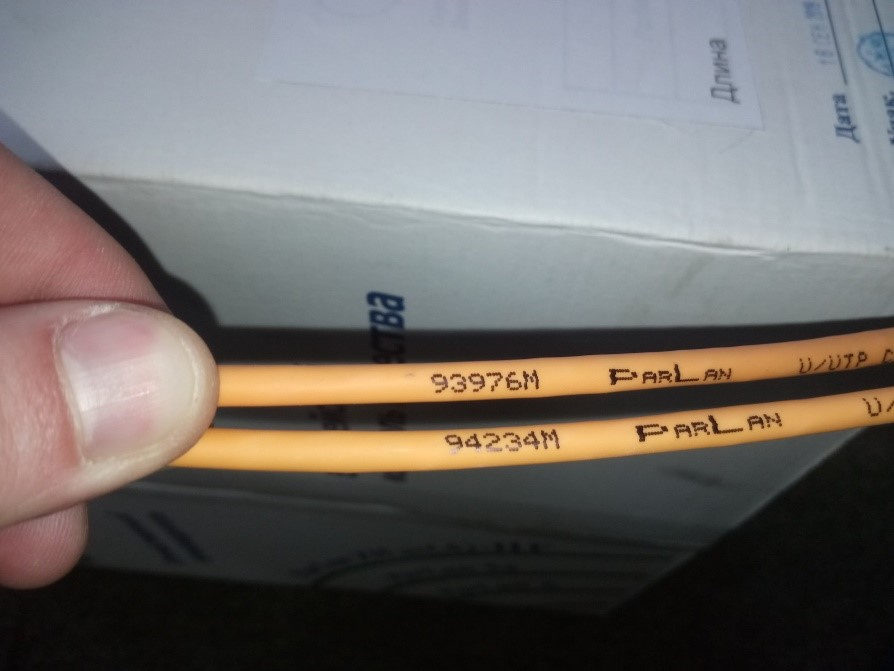 And I will start not just from the cameras, but from the NWA-1123AC access point to check the stability of work at such a length. 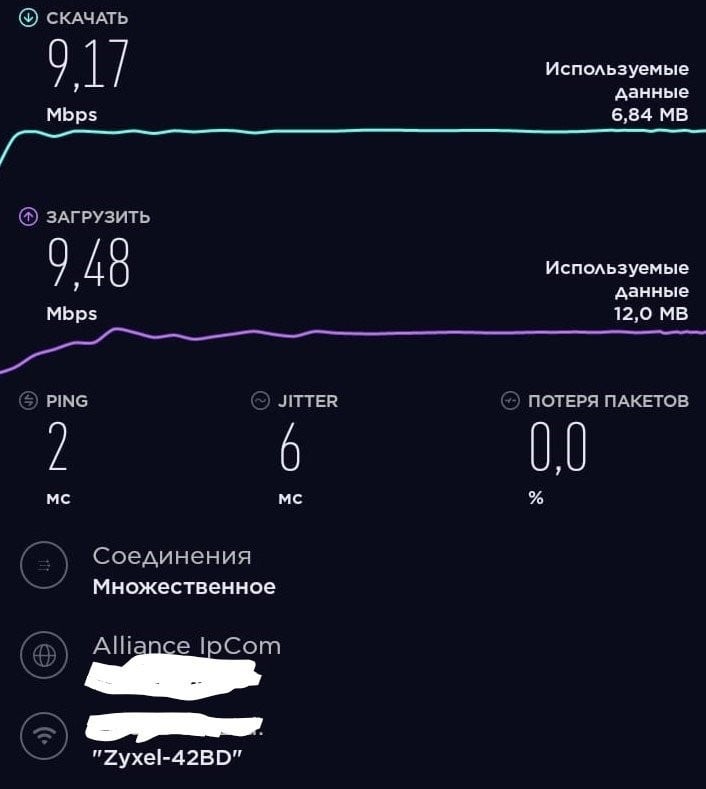 As you can see, all 10 Mbps go through and there are no errors on the port. The claimed 250 meters between one manufacturer works. Let's see how things are with the cameras. Below is a table of tested cameras. Only three cameras were not working (there was an indication of power and one even had a link). 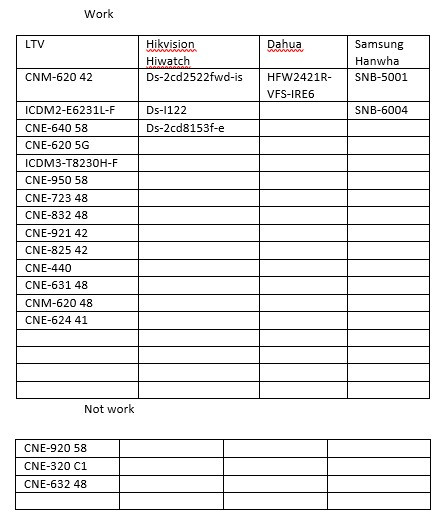 What does the majority of these cameras have, not in the case, but on the pigtail.

Zyxel turned out to be a really solid switch that carries a lot of tools on board both for organizing full control over a network segment and increasing its scope with various additional functions. Using this switch can greatly save on the labor of installers and network maintenance.